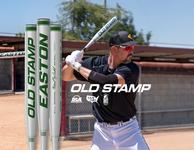 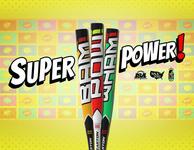 THOUSAND OAKS, CA. (January 6, 2020) – Easton Diamond Sports, the industry leader in equipment innovation and technology, today announced a new partnership with Lauren Chamberlain. The former Team USA Softball star and national champion is now one of the world’s leading fastpitch softball hitting instructors, and is looking forward to joining Team Easton as an ambassador and collaborator.

“I’m beyond excited to be joining team Easton,” said Chamberlain. “They really dive into the wants and needs of the modern-day player, and it’s easy to get behind a company that takes pride in that. Easton has been a leader in the industry, and I plan on helping them stay on top.”

Already a standout at University of Oklahoma since being recruited in 2012, Chamberlain helped lead the Sooners to a National Championship in 2013 and was named Big 12 Female Athlete of the Year. By the time she graduated in 2015, she was a four-time All-American. Today, Chamberlain still holds claim to the NCAA record for home runs in women’s softball.

“Easton strives to develop best-in-class products with validation from some of the top athletes and coaches in the world,” said Easton President Dan Jelinek. “We’re thrilled to add Lauren Chamberlain to our team of ambassadors in fastpitch softball. Lauren has an impressive background, competing at the highest level and now focusing on helping other players achieve greatness.”

After college, Chamberlain was the #1 pick in the NPF Draft and became a centerpiece with both the USSSA Pride and Team USA for several years. She an ESPY nominee for Best Record-Breaking Performance and was featured in the 10th edition of ESPN’s acclaimed Body Issue.

Chamberlain currently dedicates her time and passion for hitting to player development and training, managing a world-class hitting facility in Oklahoma which works with over 50 fastpitch players a week throughout the year. In addition to hosting multiple large-scale camps herself and launching an ongoing expert roundtable series called “Legends in the Making”, Chamberlain is regularly invited to speak on panels as well as keynote other events and conventions to share her philosophies and experiences with coaches and players nationwide.

“Lauren Chamberlain is the queen of hitting in softball,” said Easton Softball Sports Marketing Manager Julie Tobyansen. “We look forward to continuing to dominate the offensive space and product innovation with Lauren’s help.”

With this new partnership, Easton will help enrich Chamberlain’s hitting camps and clinics and she will provide Easton’s product teams with input to further advance the next generation of fastpitch bats and hitting training aids. Together, Chamberlain and Easton will also develop dynamic content for digital and social media channels to help all players maximize their potential on the offensive end of the game.